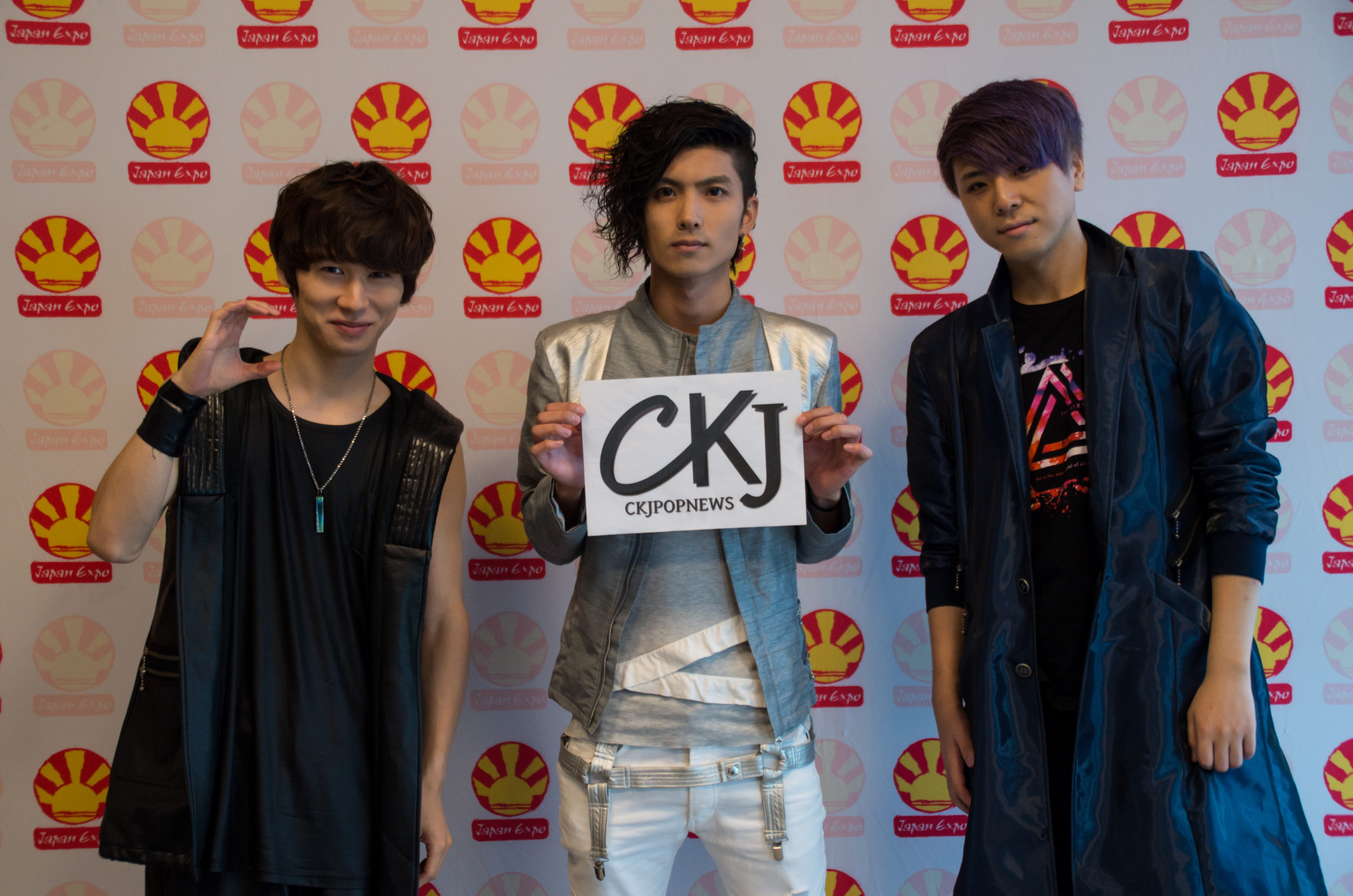 At the beginning, THE SIXTH LIE was a Japanese duo, composed of Reiji playing the guitar and Ray at the drums. In June 2015, Arata joined them as a singer and programmer and Hiroto as a bass player. Hiroto decided to quit the band a few months ago to take his own path.

From the release of their first video clip untitled “Wake Up Your Fire”, they expressed a particular and futuristic music style. They describe themselves as an electro-rock band close to the future and science-fiction. With this first clip, they earned a good reputation in a really short time as it was directed and edited by Ray. They continued to gain notoriety with their next opus, “The Sixth Lie” in May 2015, “Integral” in September 2016, “Differential” in January 2017 and the single “Go On” in June 2017.

In 2017 the band makes its first step in Europe during the tour “SHIN X THE SIXTH LIE EUROPE TOUR 2017 ‘THE INCEPTION‘” with SHIN, former singer of ViViD. The tour will have a total of 6 dates including 2 days at HYPER JAPAN in London and a concert at the Backstage in Paris on July 16, 2017.

At the beginning of 2018, we were able to enjoy again a complete album named “SINGularity” released in March, and followed just one month ago by a new single entitled “Hibana” which is actually their first single used for an anime, “Golden Kamui“.

They are returning to Europe this year for a new tour! We went to meet this band with a growing success on the favorite festival of fans of Japan, Japan Expo! Discover our exchange below! 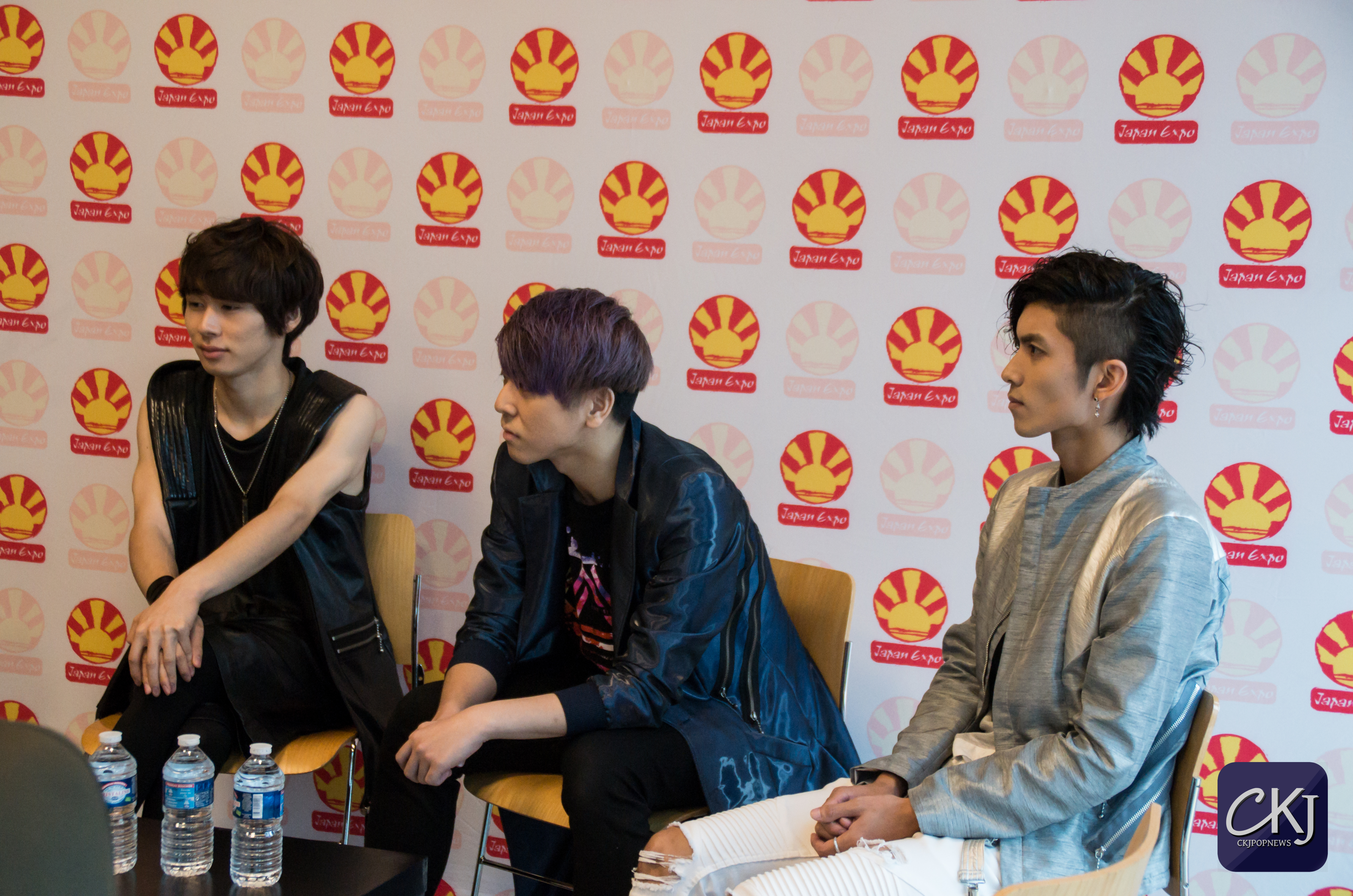 Hi, at first could you present yourselves and the band?

Arata: I am Arata, the vocalist of the band.
Reiji: My name is Reiji, I play the guitar.
Ray: I am Ray, the drummer. Nice to meet you.

Your name comes from a quote from Claude Debussy who inspired you, which is “The art is the most beautiful lie”. How do you know this French composer and this quote?

Ray: At the beginning we didn’t know Claude Debussy. We just wanted to have a number in our band’s name for it to be easier to remember. After we searched for quotes with numbers from famous musicians and producers, we found out the one from Claude Debussy. We liked it a lot because this quote goes behind the five senses. It can be interpreted another way and refers to the 6th sense. That’s the way we found our name.

You define your style as “future rock”, could you give us a definition or tell us more about this music style?

Arata: For us, future rock is a mix between rock and electro music. We choose to add the futurist style. It is the mix between these three elements that gave our concept.

It’s your second time in Europe, after your world tour in 2017. Do you have special expectations for this new tour?

Ray: Last year we went to HYPER JAPAN in London and we also performed at smaller events. This year we are invited at Japan Expo. It’s a bigger event compared with what we have done before. We worked a lot to prepare ourselves and had a lot of rehearsals because we knew that the audience would be more important. We hope we will be able to respond to everyone in the audience.

As you may have noticed, there are differences between the Japanese audience and the fans overseas. What do you prefer in each audience’s reaction?

Reiji: Indeed, both reactions are different. For example, Japanese people are more likely to listen and enjoy the music. But maybe they don’t express enough how they feel. European people show their enthusiasm. (Laughs) It was a big surprise to play in Europe and France because according to the song we play, reactions between Japan and Europe are totally different. We don’t know in advance what reaction the audience will have.

Your songs deal a lot with future, have you some worries about the future? 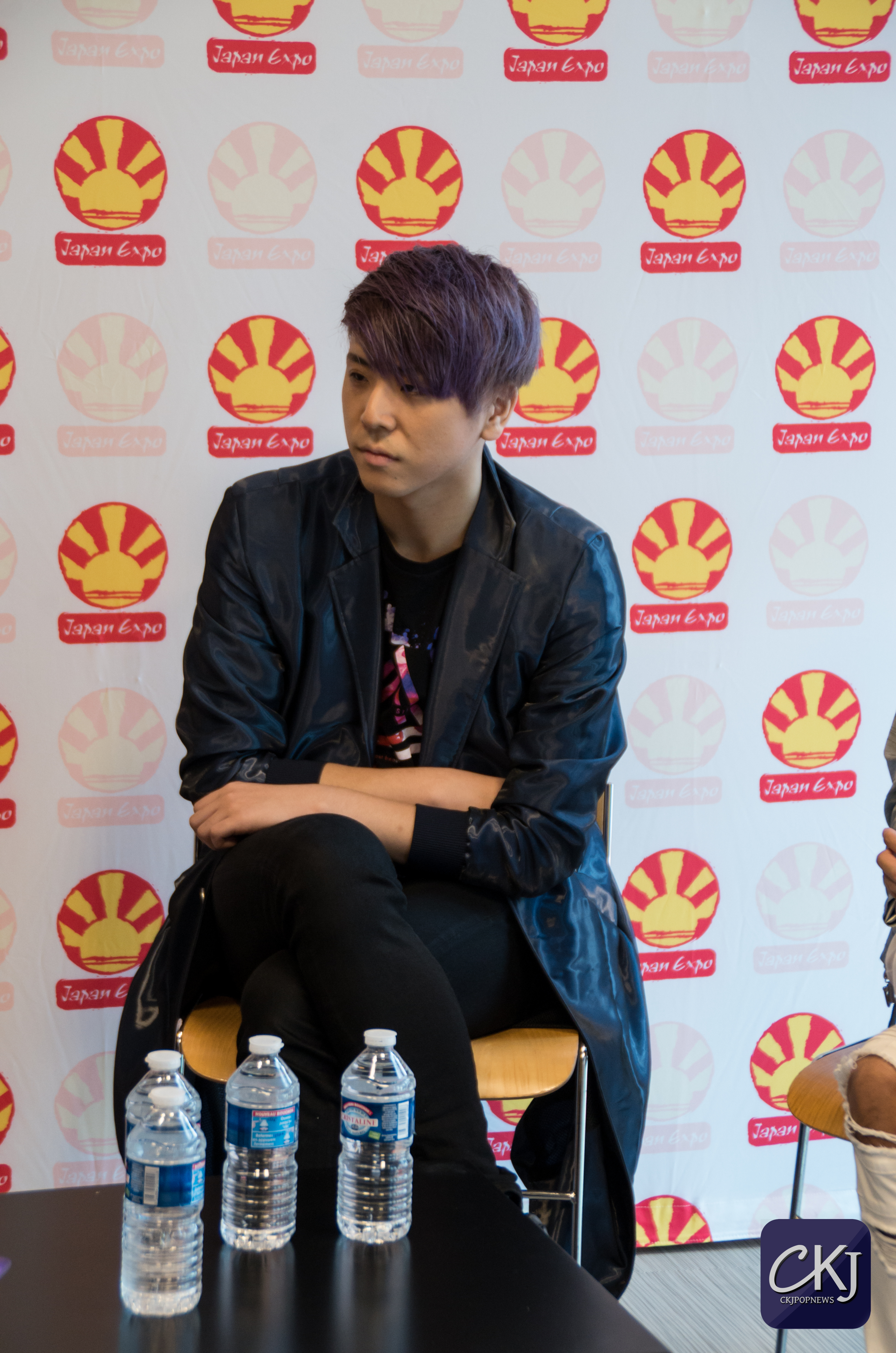 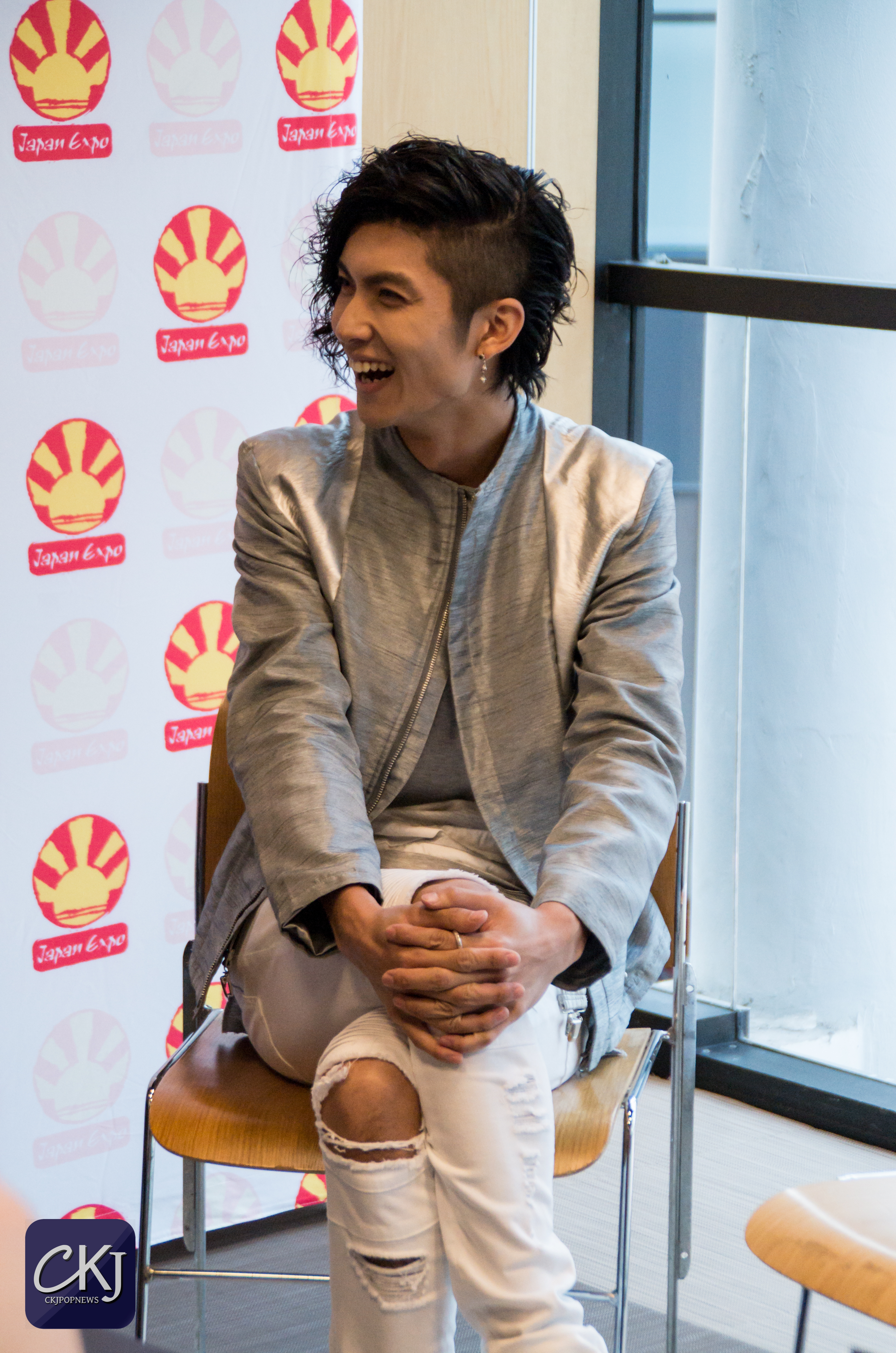 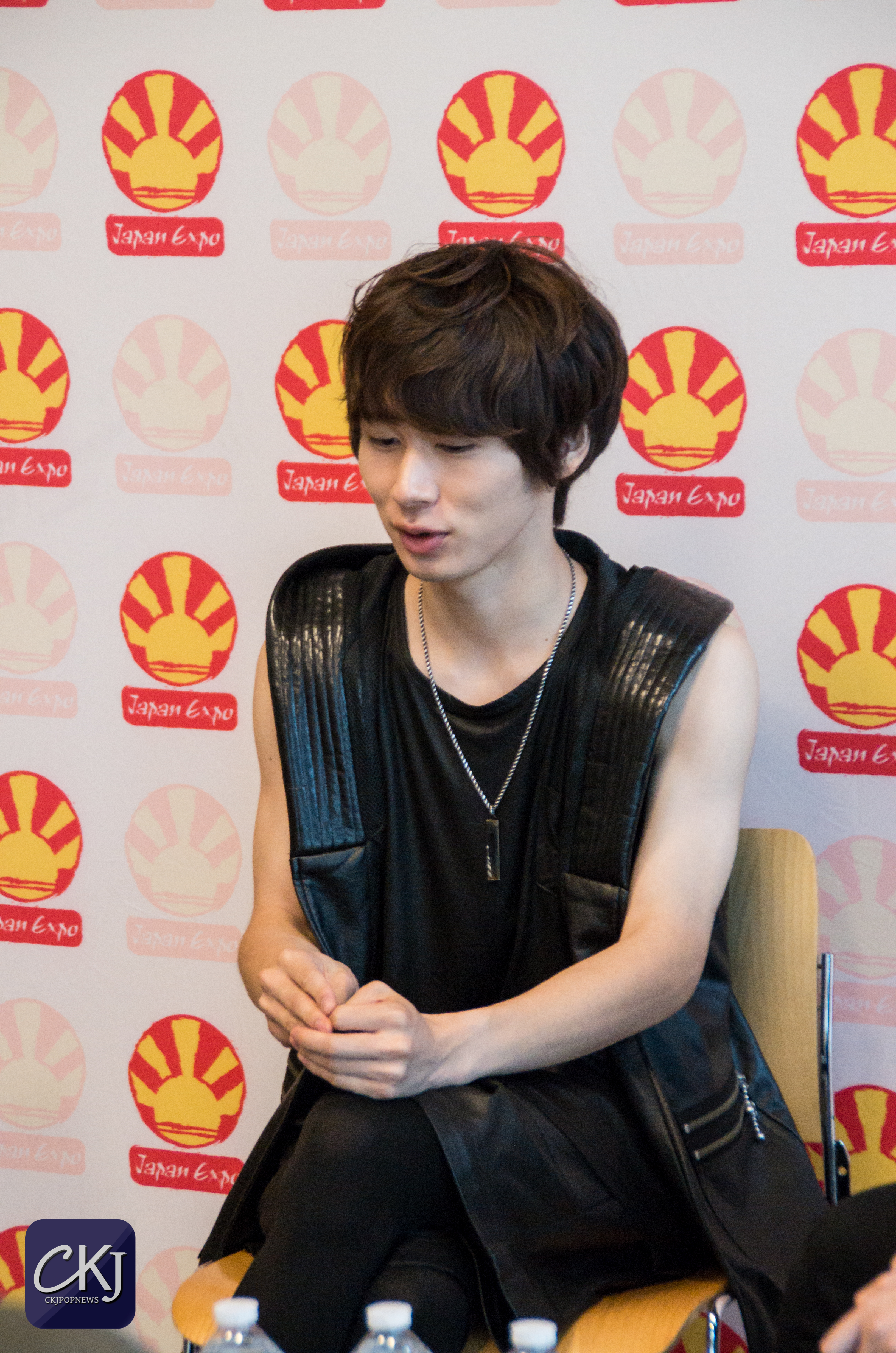 What can you imagine for the band in 10 years?

The Sixth Lie: (laughs)
Ray: In general, we cannot predict the future. For example, 10 years ago we never thought that the phone would have evolved so much, we can never predict the future. Regarding our activities we want to continue to develop our career in Japan but also in Europe and tour all around the world on a large scale.

You recently released the ending of the anime Golden Kamuy, titled “hibana”. It’s the first time you release a song which is used for an anime, how did you process with production?

Arata: Our style of music is more electro, so we had to adapt to accentuate the rhythm on something more rock that is a genre more desired for anime. But we still wanted to keep our style, so we had to think of a way to introduce the electro more discreetly.

Are there any projects like this that you would like to realize? Maybe a song for a movie or a video game for example?

Arata: We would like to do other songs for anime but songs that are more in our musical style so that we do not have to adapt so much. We would like to have the opportunity to combine both.

Do you have a message for your French fans?

Ray: This is the first time we make a song for an anime. For that we are happy that Japan Expo brings together many areas of Japanese culture including anime and manga. We are happy that people who know anime and Golden Kamui can discover our music this way.
Thank you very much! 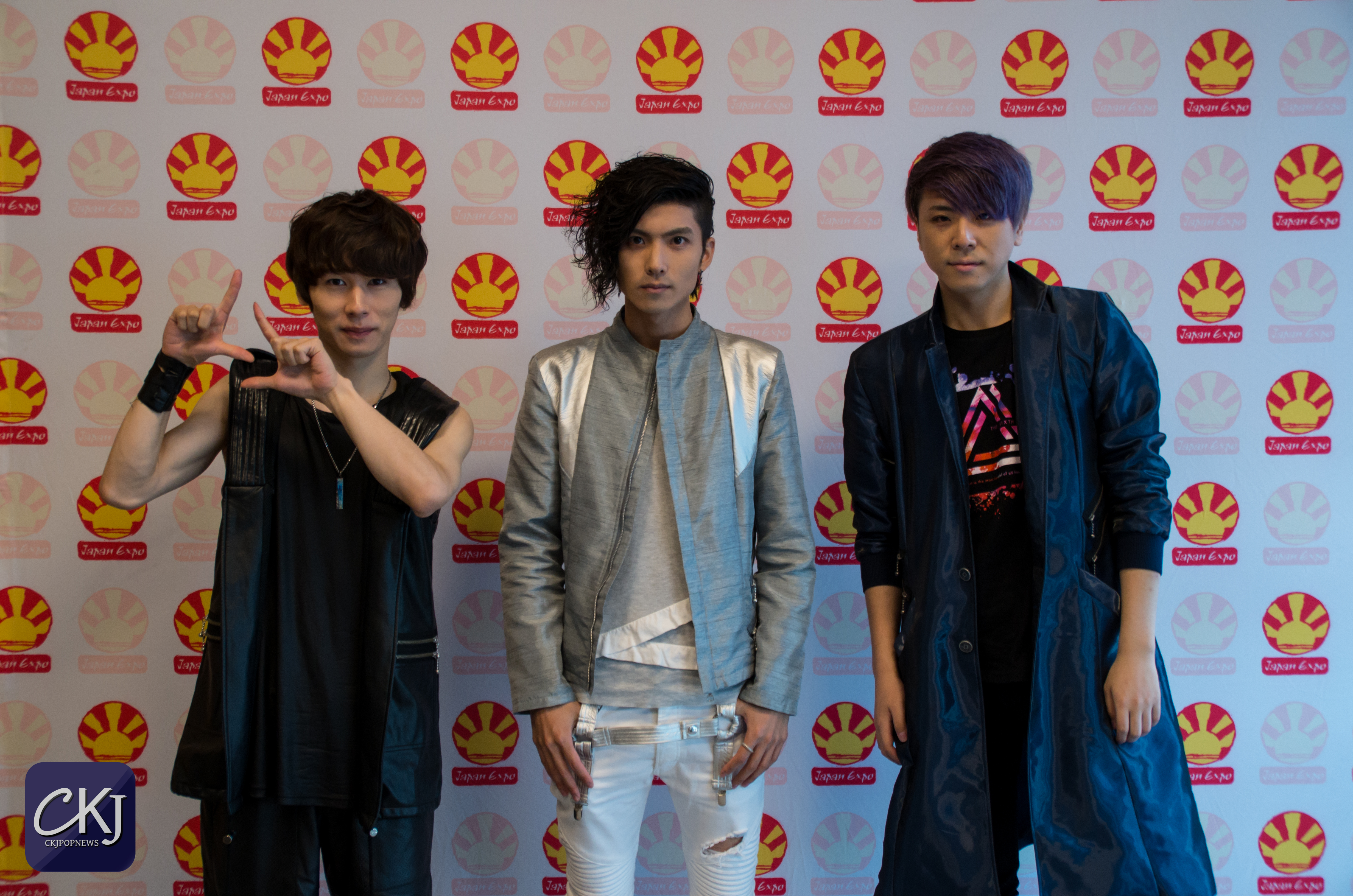 We want to thanks Japan Expo for the organisationof this interview and The Sixth Lie fortaking time to answer our questions with attention.