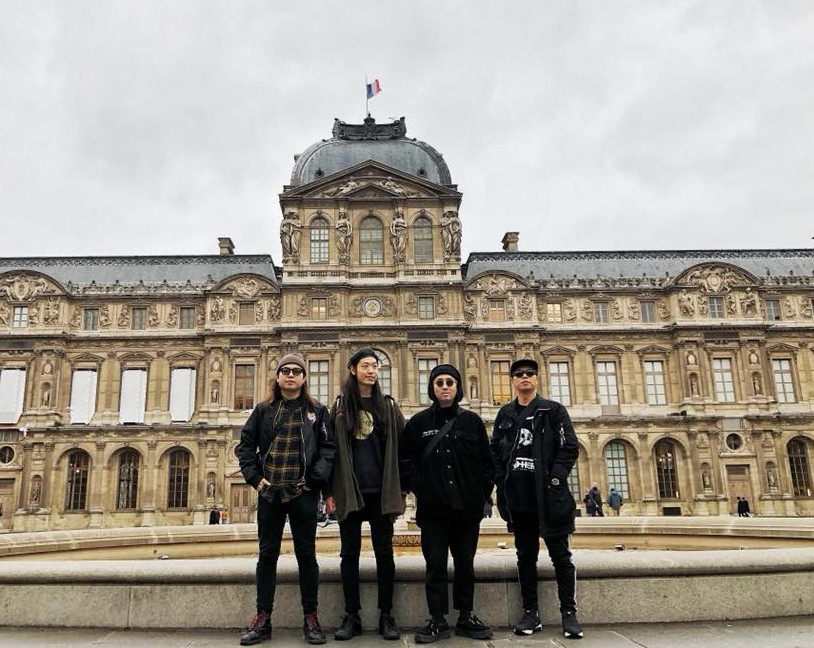 Do you know the Japanese electro-rock band THE GAME SHOP? They recently came to Europe to discover a new audience, including France and its well-known madness on festivals. Japanese artists often love this atmosphere, and THE GAME SHOP themselves have become fans of our touch of madness!

THE GAME SHOP was founded in 2008 with four members. Although the band evolved in the following years, it is currently composed of Kimito, the vocalist, Kenjiro on the guitar, Yukio on the drums and McD on the synthesizer. They produce rock music mixed with other sounds by crossing different genres to create their own musical universe, and their signature.

Since 2014, the band crosses Asia with its music. At the beginning of 2020, they landed in France for the very first time to perform on the stages of two of our festivals: the Festival du Schmoul in Bain-de-Bretagne and the Necronomi’con Festival in Belfort; but also at L’INTERNATIONAL in Paris.

They continue to spread their musical atmosphere with sounds which are still not very widespread. They bring a new chapter to music and are now trying to spread it across Europe! While waiting for them to return to our country, we invite you to discover them a little more thanks to the questions that we were able to ask them a few weeks ago.

Hello, could you introduce yourselves to start this interview?

We are the electro rock band from Japan THE GAME SHOP! Nice to meet you!

Can you tell us more about the group, how was it created?

12 years ago, Kimito (vocal) dissolved hid band and start over THE GAME SHOP. 5 years later MC and Bass join the group, from this time we are 4 members.
We are the Future Rock Band that got influenced by bass music and drum’n’bass.

How do you define your musical universe?

We are playing all over the world with the power of music the world can be united as theme. We are a band that is travelling the world to see music lovers dancing with smile. Beyond nationality and culture our dream is to bind the world with music.

What song would you advise us to listen to to immerse ourselves in this universe? Why this one in particular?

You should listen to the song called “Restart”! This song is about the decision we made, 5 years ago we had to overcome the leaving of members and moving on new future.

Your last single Throw Back was released last December. Can you tell us more about this title?

We created this song under the inspiration from the endless nature, the beautiful ocean and friendly people during the Black Wood Stock Festival in New Caledonia in October 2019.

What were your expectations and your desires in relation to this first coming to France?

We have many influences from Europe so it was a dream for us to perform in Europe. Thanks to the French promoter we met, we made it real.

Now that your concerts are over, what experience do you remember?

During the Festival du Schmoul people got so excited! We had a great time! French people enjoy great music and we could feel that we made a strong impression. France is the best !! (laugh)

Is there a special moment you will remember in particular from this tour?

Maybe when we missed the bus we booked… (laugh) Also, we never drunk that much wine!
More than anything the memories of the Festival du Schmoul are the most impressive.

Do you have rituals or habits to prepare yourself before your concerts?

Of course! We repeat the live assumption studio rehearsal.

Did you prepare differently for your shows abroad?

Right. We tried to change the setlist we are using in Japan. Also, we try minimize materials.

You perform as much in halls as at festivals. What do you prefer and why?

THE GAME SHOP is a band that suits to big stage and big sound system so we really enjoy festival but we also love to perform in live house. 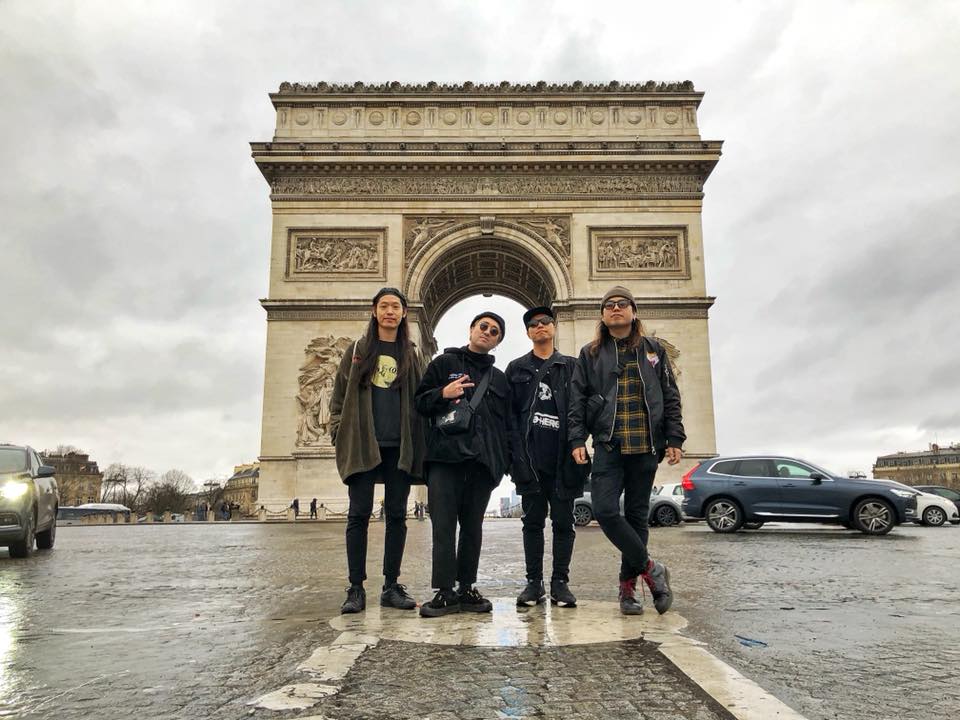 Do you have a last message to share with your French fans?

To the French music lovers,
We will definitely come to perform again in France! That’s a promise!
So please wait and be ready for us to our crazy electro-rock!

Many thanks to THE GAME SHOP members for the time granted and to Elodie A. for this interview opportunity!