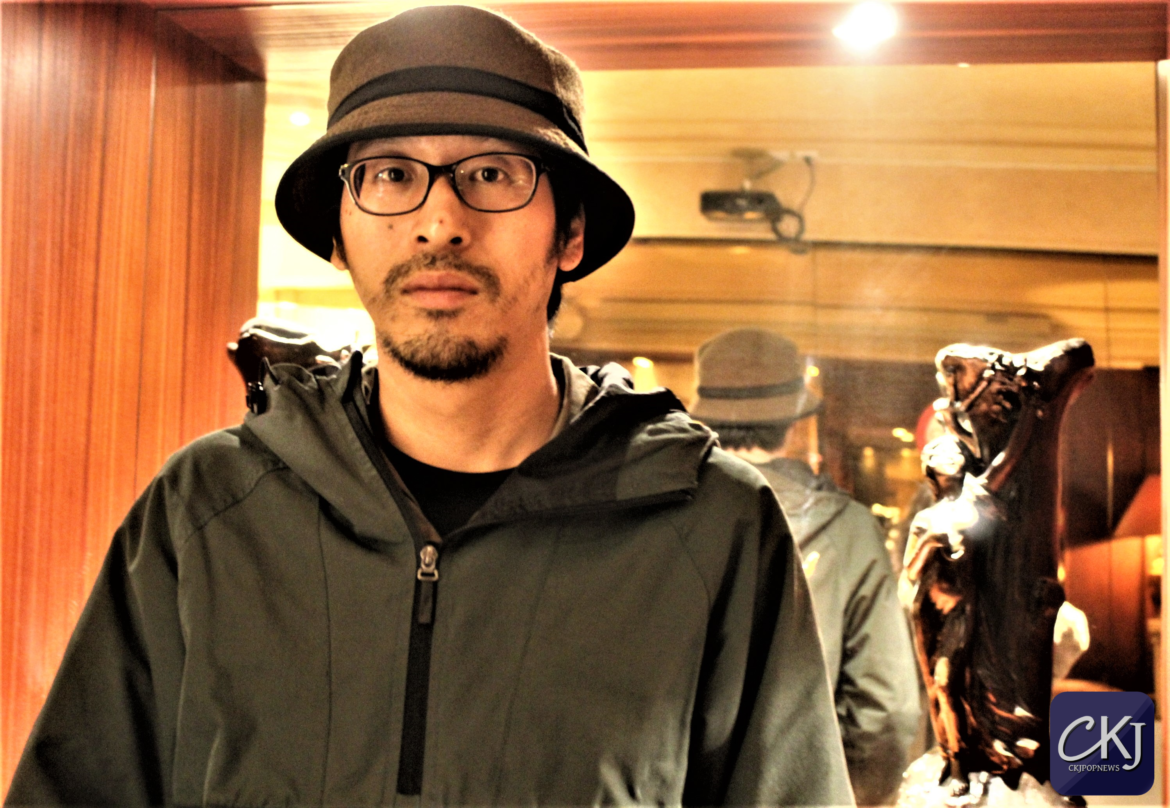 What is a good documentary maker these days? If the answer is perhaps not unequivocal, the beautiful lesson of humanity given by Leo Sato ends up convincing us that the directors are also individuals engaged, mobilized, not only in the cinematographic representation, but also in the daily fight . For this second interview of the Kinotayo festival, the subordinate communities are honored through a meeting with the director of The Kamagasaki Cauldron War, Leo Sato! Trained alongside the great documentary maker Makoto Sato, Leo Sato made his debut in documentary filming with Nagai Park Elegy in 2009 before becoming passionate about the Kamagasaki district, and devoting himself to it in a fictional documentary that took 5 years to hard work to see the light of day, The Kamagasaki Cauldron War, a somewhat burlesque cauldron hunt, where all forms of deviance are represented: prostitute, thief, boisterous kid and much more have worked hard to deliver a performance fair and touching. With his Bourvil irony, his somewhat dreamy air and yet his frenzied and raw implication, Leo Sato has humbled himself on his history as a documentary filmmaker and that of his nakama … Enjoy! 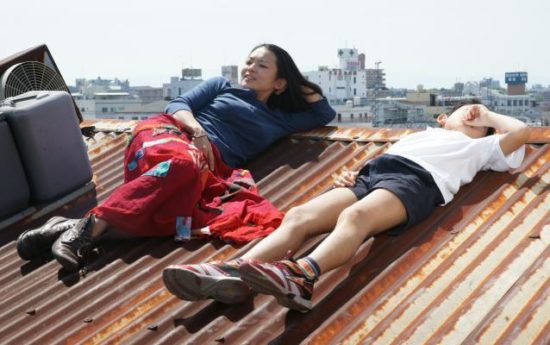 Hello, can you start by introducing yourself?

Reo Sato: My name is Reo Sato, I’m from Osaka, I made a film in Kamagasaki, a kind of ghetto. In fact, at a period when the economy was growing up in Japan, the government brought in young workers to Kamagasaki. They were daily workers hired for a day, what means that there was not much job security. Obviously, they were hired to carry out work on construction sites.

During the 90s, at several times, the police tried to evict homeless people, how did you react to those episodes?

Reo Sato: In 1998, I didn’t live in Kamagasaki, I was still a high school student, I didn’t know about Kamagasaki. On the other hand in 2008, a year which is considered as the last great revolt of Kamagasaki, just before the fall of the world economy, I went there, I was behind the camera, and I was in solidarity with these people.

Where did this fascination and involvement in representing deviant people on the margins of society come from?

Reo Sato: I feel like there is more humanity within their community, a lot of conflicts certainly, but I have sought and found more humanity and authenticity. Of course, there is police violence which can’t be denied, discrimination from others. But the resistance is there, a powerful energy too, which society tends to hide, hence this violence towards them. But I would like to live with them, and resist thinking about certain topics alongside them.

Moreover, there is an obvious dialogue between your first film Nagai Park Elegy and Kamagasaki Cauldron War, both tell this history of movement of solidarity and community, [that said] in which research work did you immerse yourself to conceive these two films ?

Reo Sato: I have two masters of documentaries: Makoto Sato and Tetsuro Nokawa. Their method is to live on site, I’ve talked a lot with them, I’ve also participated in their shooting. In my first documentary, Nagai Park Elegy, I used the same method, I lived with these people, I ate with them to get to know them and forge a bond. As for Kamagasaki Cauldron War, we rented a house with our team to write the screenplay, so as we got to know the people, we could progress in writing. Besides, we asked locals to play in the film.

How do you manage to associate this ironic and burlesque side of performance with such a serious subject?

Reo Sato: I think you have to reach that level, you don’t just have to report anger, or if only so, a film can’t be interesting. I’m reminding me of Chaplin or Yoji Yamada, of course there’s anger against society, but if you only show it in a raw way, nobody would be interested. I want to say that without laughing there is no revolution. You still have to make the movie entertaining. The social movement is very serious, ensuring justice is necessary but if we try to do it, we must be vigilant and not imitate the system of the society against which we are fighting. There may be conflicts within a group, we, who are fighting against society, and we may tend to imitate the structure of society. There may be a hierarchy of power within a group, a relationship of domination, but this is what must be avoided at all costs. And as I said, for a film, you shouldn’t take yourself too seriously.

In fact, you mentioned the idea that among these communities, there is a kind of family bond, of mutual support that is developing. Besides, you make it obvious through the bond between the prostitute, the young boy and the thief, do you think that this is more rooted in these communities?

Reo Sato: In Kamagasaki, there are a lot of men, alone, without families, who have cut ties with their own families. Often, it is also because of a debt that they left them. Of course, there are also some men who have lost their parents. They usually find themselves alone and have no one with whom they are related. Kamagasaki is like a house, a big house. They live in the street, or in small doya hotels, cheap hotels to stay overnight. They are therefore led to eat outside or do the laundry outside. They spend a lot of time there. You get the feeling that life overflows on the street, and there are many public baths, since they do not have bath tubes in their own room. This is not a blood family, but there is another very strong relationship that has nothing to do with blood ties.

Finally, this observation work allowed you to get involved in their lives. Have you had any feedback from people who have watched the film?

Reo Sato: It’s like [they were looking at] a family photo. They were happy to find themselves there and to recognize people.

Do you have messages for young people who are watching the film, who have not experienced the same hardships, but who could identify with it?

Reo Sato: I want to say ‘don’t bother you’. If you come to Kamagasaki, you will find comrades, friends, you must not commit suicide. This is the message I would like to deliver, and also a message of hope to these young people.

This idea of ​​suicide, is that something you saw there?

Reo Sato: Not at all! Never! There are deaths during fights, young people who die from illness, from cold, but there is almost no suicide.

Why do you think so?

Reo Sato: I hear a lot of people saying “I don’t have the guts to kill myself.”

After Kamagasaki, do you perhaps plan to make a film in another district?

Reo Sato: I want to shoot other documentaries in other cities, but I have not yet met the neighborhood or the city that inspires me.

For you, is it above all a work of meeting?

Reo Sato: Yes it is possible, but I may be shooting my next film in Kamagasaki.

CKJ: Are you still attached to it?

Reo Sato: I’m still attached to this neighborhood, but mostly because there are still things I haven’t been able to explore and do there.

What do you expect from Japanese cinema lovers through the Kinotayo festival, who do not share the same reality, but who are victims of their own problems?

Reo Sato: I don’t have a precise message, but I would like these people to watch the movie while laughing. People have their  own struggles, but I would like them to fight against what makes them suffer: completely personal struggles, conflicts against their own family, some women for instance who have to stand against their husbands, children against their parents, people who must oppose racial discrimination. Everyone experiences a way of fighting. In my film, the preferred way was to flee, it is not a courageous way to fight, because they do not face the problem in a direct way, but I would like each one to fight in its own way.

Our deepest gratitude goes to Xavier Norindr and the company Crosslight for inviting us to this interview, to the Kinotayo festival, to the festival interpreter as well as to Leo Sato for this delicious meeting.