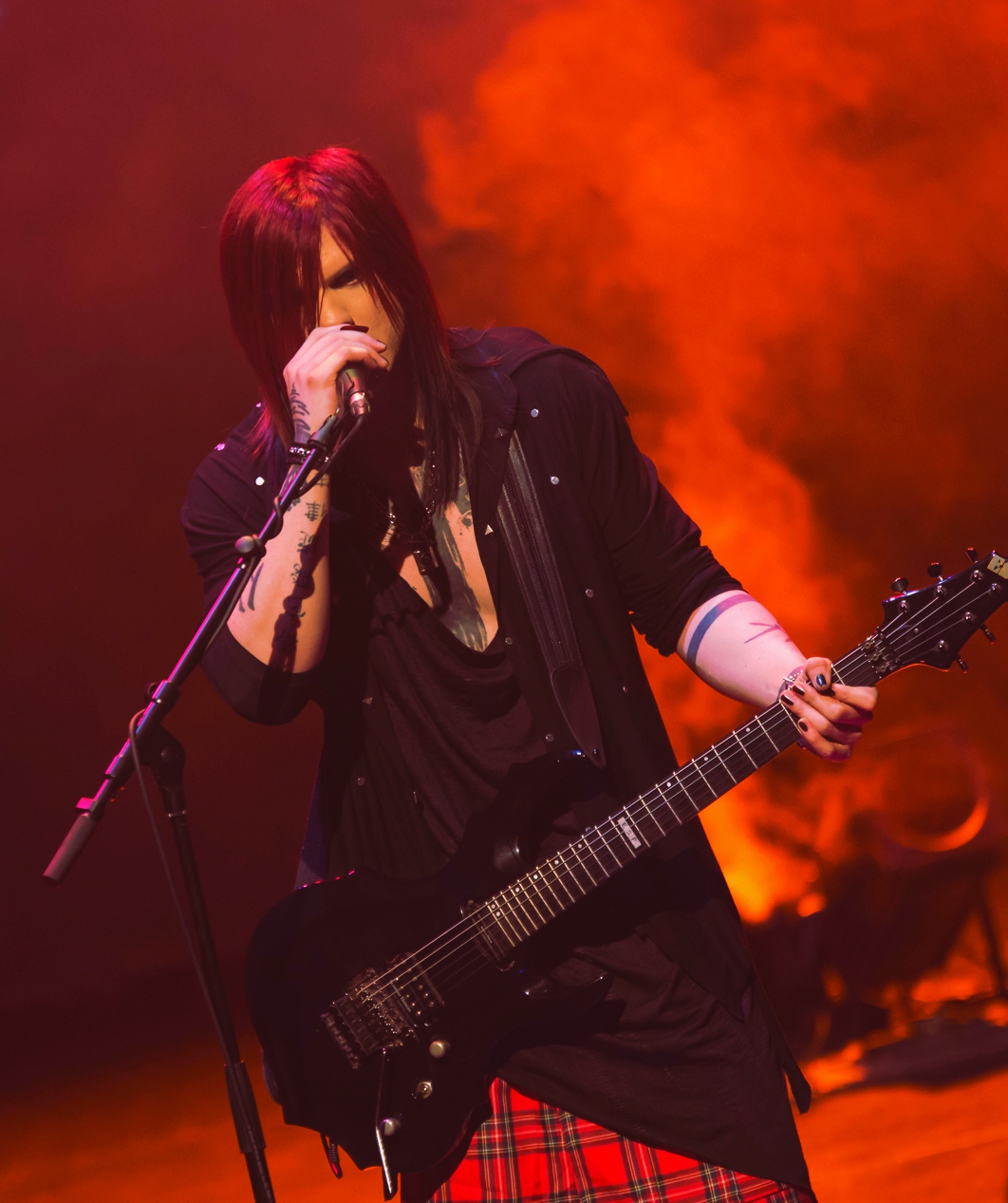 As we talked about him last month, the French artist Lightning, who is inspired by Japanese visual kei, will be back soon with new music! The singer-songwriter-composer and guitarist will indeed release his brand new single “Take Me Out” on June 21st, a symbolic day known as the “World Music Day”. Before the release, CKJ’s team had the opportunity to ask Lightning some questions!

Find out his answers right below! Enjoy! 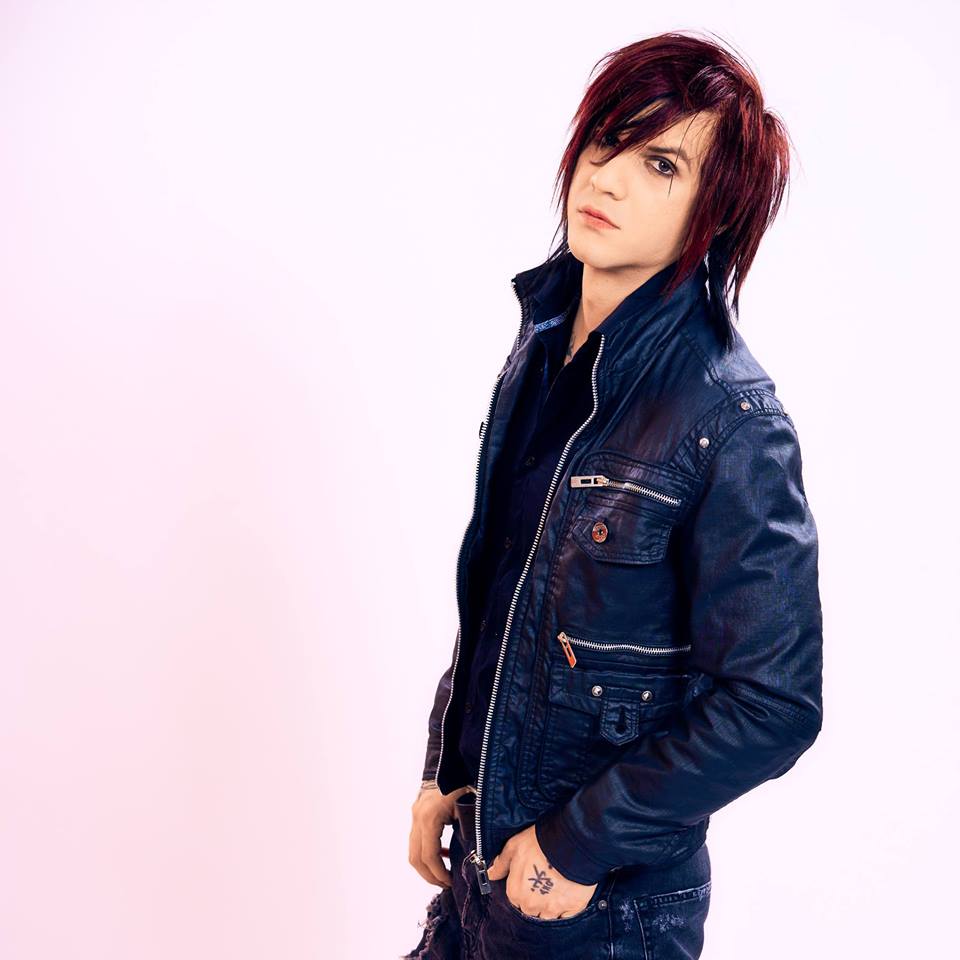 Hi, thank you for accepting to anwswer our questions. At first, could you present yourself for our readers?

Hi, I’m Lightning, a singer-songwriter-composer and a rock guitarist. I come from the island of La Réunion and I’m mainly influenced by visual kei. I began my solo career in 2015 after signing with the Japanese label Kirakira Record. All of my songs are written in English.

You’re a French artist, but you’re inspired by visual kei, a music style from Japan. When did you begin to be passionate about Japan?

I already loved reading mangas as a kid, and I overall liked Japanese culture, wihtout really knowing the reason. But the real twist came when I was 14 years old, after I discovered the legendary band X JAPAN. It was a true shock and I became completely insane. At this moment, I told myself that I would have a music career, and that I would do anything to achieve this. 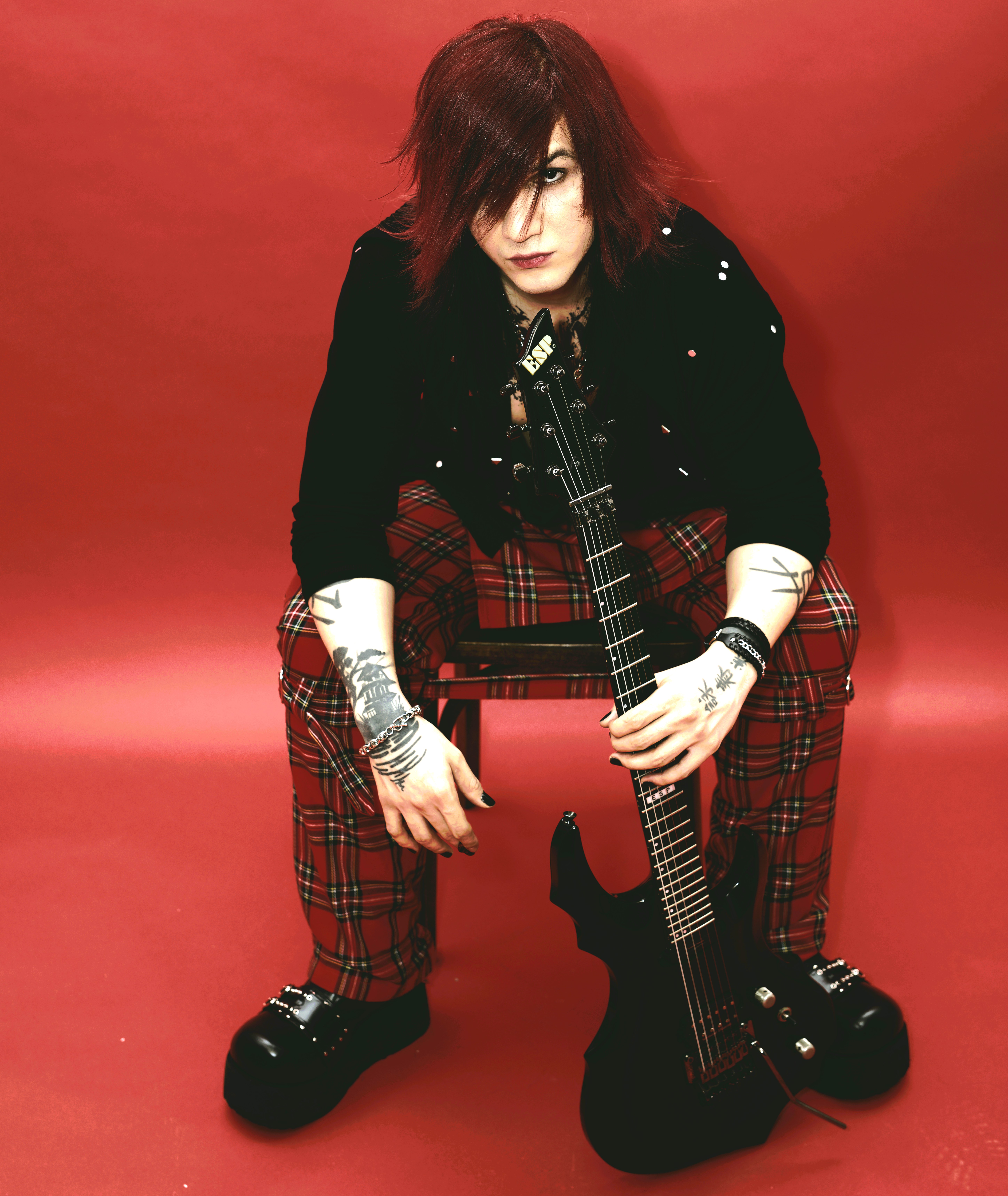 For several years now, we see that visual kei is unfortunately in danger and has some difficulties to export itself outside of Japan. In your opinion, how can we explain this loss of interest from the public regarding visual kei’s news?

I may sound a little rude, but I think that is because of new visual kei artists, who don’t understand what visual kei is really about…

Visual kei represents freedom. At the time, there was no band that looked like another one. Artists could express themselves as they wanted, with their own influences and their own feelings. It felt like exeverything was possible, and it was the strength of visual kei. The concept of visual kei is to be able to express ourselves with honesty and liberty.

Today’s visual kei follows rules, and it’s unfortunate to see that visual concepts, makeup and outfits are now more important than the music itself.

To breathe new life into visual kei, it’s important to go back to basics by reminding what visual kei’s precursors left to us as a legacy, and what they fought for.

Who are the visual kei’s artists you prefer, and those who you would recommend for our readers who don’t know visual kei yet?

The 90’s artists are the one I prefer, like X JAPAN, Luna Sea or Kuroyume. I recommend those artists to all the persons who want to discover visual kei.

You drew people’s attention to you with the release of you first EP « Break the Cage », an album unveiled in Japan through Kirakira Record. Did you think that you would have a public this soon in your career?

After the release of « Break the Cage », things happened quickly without me really realizing… I’m glad to be able to move people’s hearts with my music. But there is still a long way to go!

You meet your public mainly through conventions and festivals, in France and in the rest of the world. Do you think you developped a special bond with your fans?

Yes, indeed. This kind of events allows me to have a strong link with my fans and to talk directly with them. I particularly love that.

In your career, you have more than one string to your bow. You also play the guitar for Alys, a virtual female singer. Vocaloid’s world is really far from visual kei and doesn’t attract the same audience. Do vocaloids also inspire you for your solo career?

Not really, because I’m not a huge fan of vocaloids. What I liked about Alys is the overall philosophy of the project. It’s a participatory project everyone can participate in. There is a human side in it even though it’s about a virtual singer. 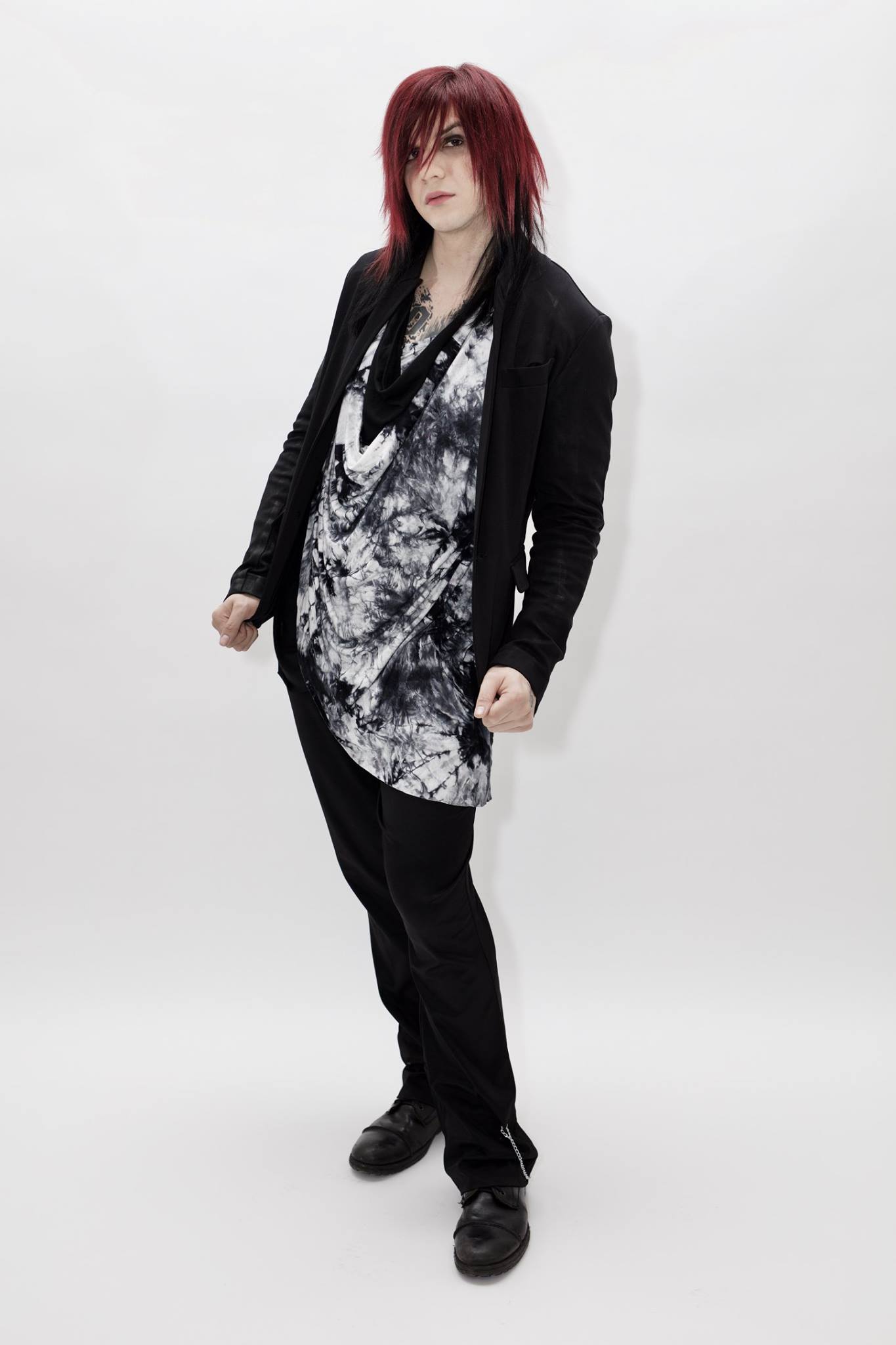 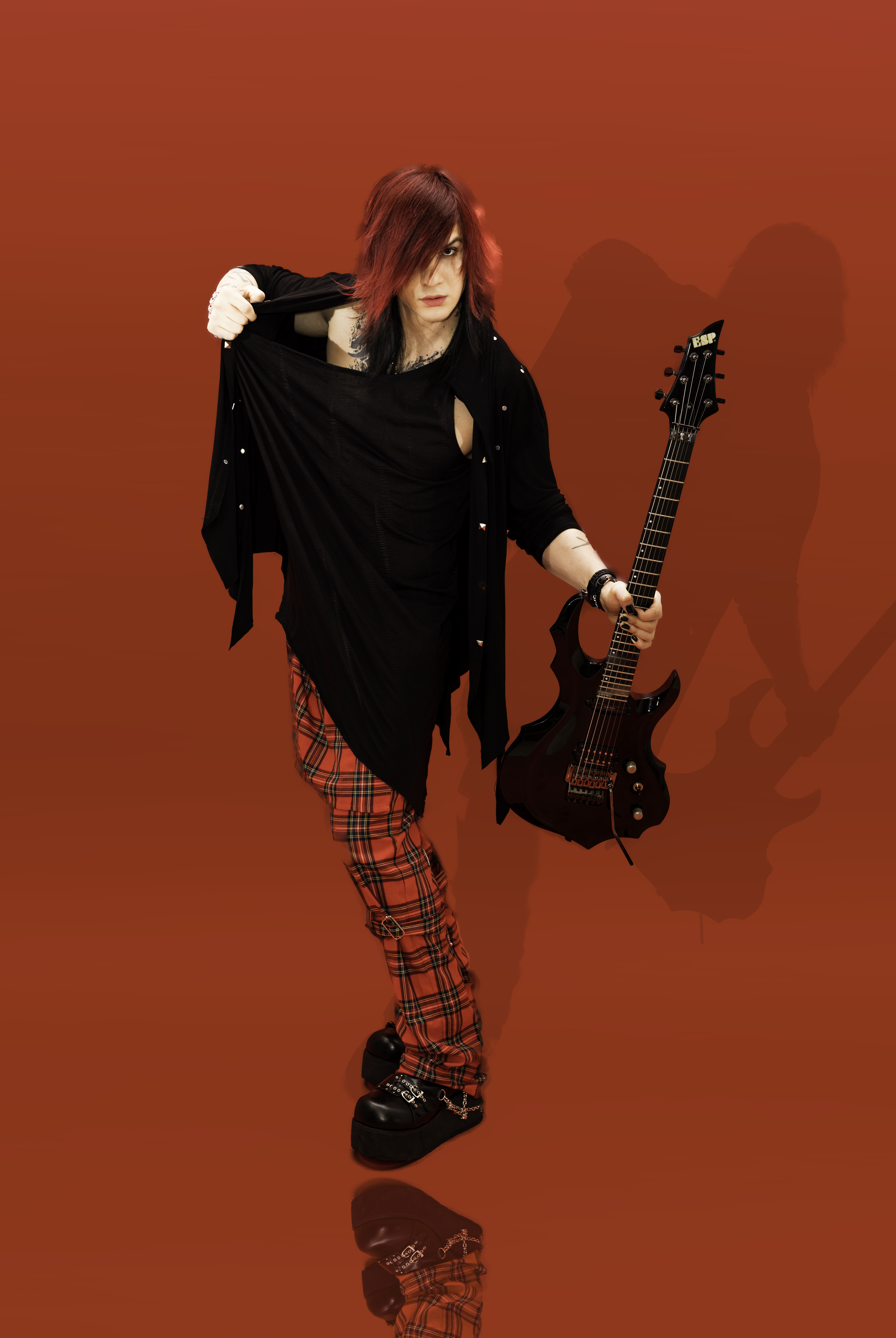 I’d like to collaborate with Kai, the singer of the band Esprit d’Air. He’s a friend of mine and I really like what he does. I like the energy he’s putting in his band, but also his mentality and his approach to music. I had the opportunity to be on stage with him during Alys’ concert at the Trianon, back in 2016. I had this idea to work with him since this moment.

One of my dreams would be to collaborate with Sugizo, it would be incredible to play the guitar with him. He’s the guitarist who influenced me the most, along with hide. And of course, being able to work in any way possible with Yoshiki would be a dream come true too.

Now let’s talk about you next single « Take Me Out ». Could you tell us more about the creation of this single? 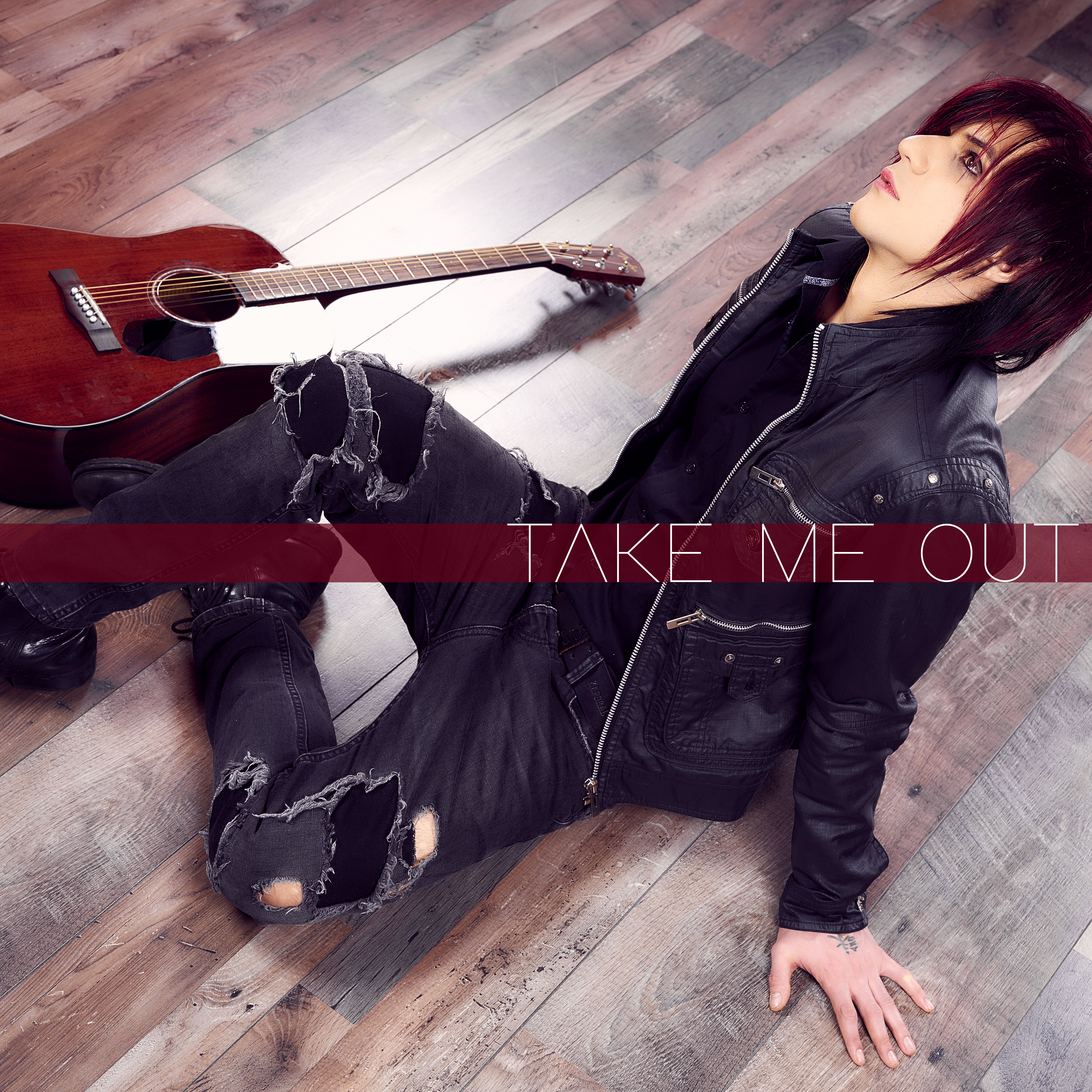 It’s a single that mixes acoustic and electric guitar. Two songs are included in the single: « Take Me Out » and « Kiss My Tears ». These two tracks deal with a person who’s fighting his own demons to make his dreams come true. I hope that this single will please the listeners.

What can your fans expect for the end of the year? Did you already plan something?

Yes, I’m planning a lot of things, but I can’t tell you more for instance!

Have you a last message for our readers?

Thank you for taking the time reading this interview.

Be proud of who you are and don’t let anyone make you believe you can’t realize your dreams, because everything is possible.

Don’t hesitate to leave your impressions in the comment section down below!

We would like to thank Lightning for taking time
to answer our questions, and we thank his staff too!