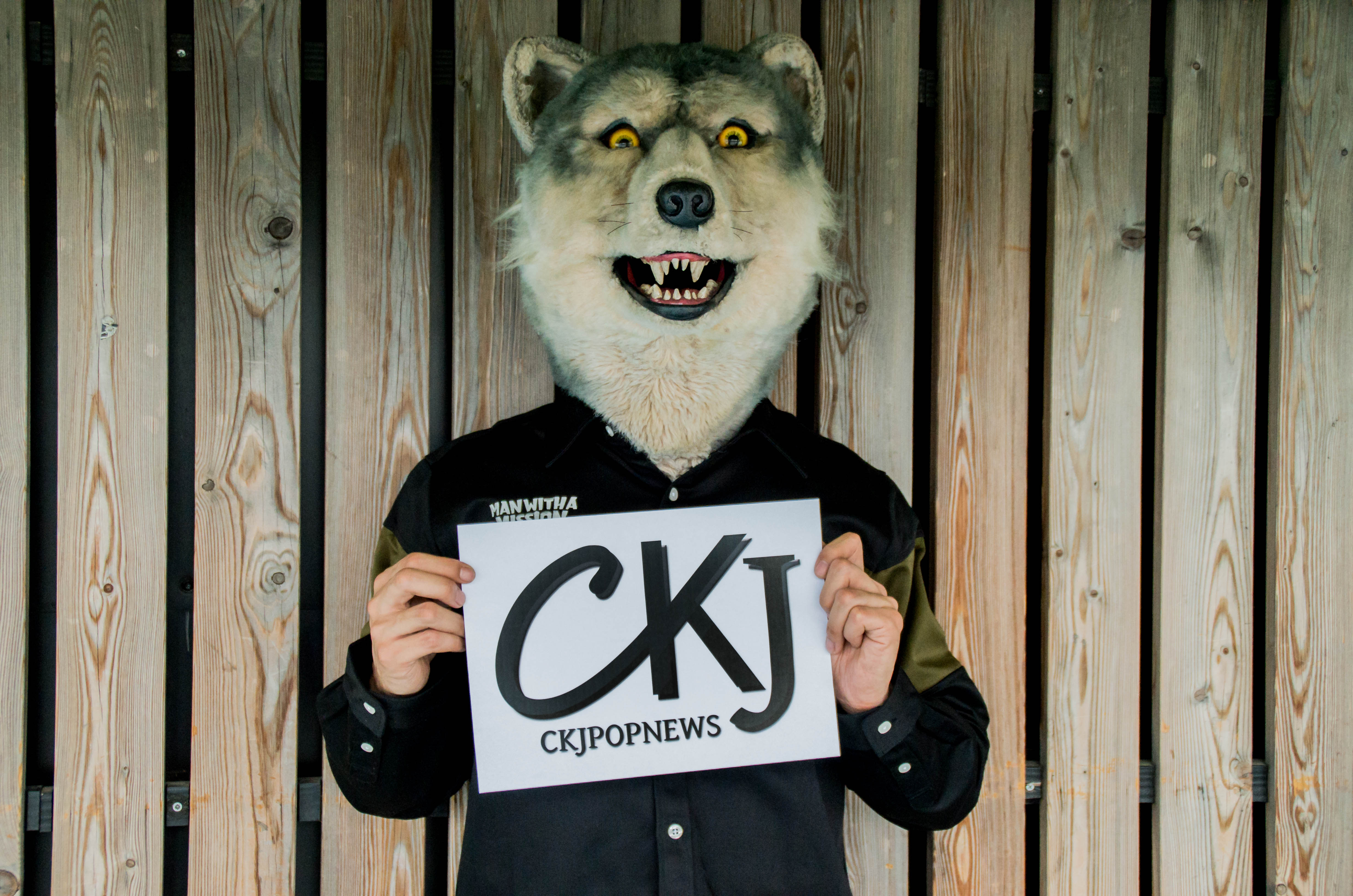 Last night, wolves of MAN WITH A MISSION held a new concert in Paris, at Le Petit Bain, and CKJ’s team had the opportunity to interview Jean-Ken Johnny, the singer, guitarist and rapper of the band, in order to let us know a little more about the most rock’n roll wolf pack of Japan! 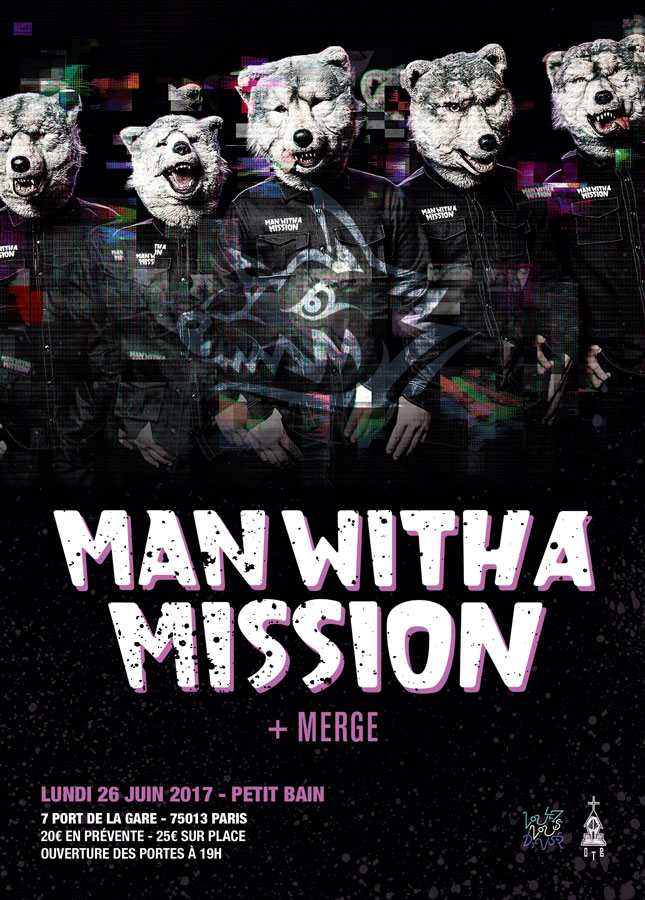 Hi, thanks for the interview. At first, could you present yourself and briefly the band for our readers?

So, you’re a wolf pack who’s doing music, and your name « MAN WITH A MISSION » is interesting. Could you explain to us specifically what your mission on this planet is?

As a J-Rock band, how do differentiate from the other bands of the music industry, besides you’re all wolves?

Besides we’re all wolves, I guess I’m not really sure how much different it is, but our music composes a lot of developments from a lot of genres. We’re not like really sticking into one genre but I believe that is what rock is all about. It always has to be free, but it always has to be aggressive, even with emotions at the same time. We’re not really sticking into one kind of type, or like a genre or something like that, I guess that makes it a lot interesting to ourselves too.

You already worked with many other artists and producers, in Japan but also in the rest of the world, have you got any other person in mind who you would like to collaborate with in the future?

There are tons of people who I would like to work with. I mean, I’m a big fan of alternative music that is going on in Europe, like in England and in France. There are juste so many like Nigel Godrich, the person who worked with Radiohead, I’d love to work with him. Kevin Shields from My Bloody Valentine too, and a lot of other people. I’m made from that music, so yeah there are tons of people.

It’s not your first time in France, you already held concerts in Paris like last year, and you even came several times at the famous French festival Japan Expo. Did you expect to be so popular in France and in the rest of Europe?

You released a brand new song called « Dog Days » a few days ago, which is even included in the European edition of your last EP « Dead End in Tokyo », have you planned to play it tonight?

Yes, of course! Am I supposed to say that? (laughs) That song is good!

Are you excited to see the reaction of the audience?

Yeah! I mean, every time we play a new song in front of the audience, it’s so exciting for us too. Just knowing the moment for the first time, playing in front of people. So yeah, we’re juste excited to do so!

And sadly this will be our last question: have you got any special message for your fans before the show tonight?

Yes! Thank you very mush guys for all of your support. It’s been actually six or seven times we’re coming to France but every time I come here I find another beautiful thing. We’re willing to know more about your country so please dig in our music, please know about ourselves and very soon I hope to come again! Let’s have some fun tonight!

We’d like to particularly thank Jean-Ken Johnny for this interview, but also MAN WITH A MISSION,
the band’s management and finally Petit Bain’s staff, who all made this interview possible !